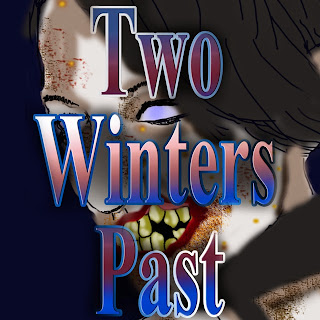 We first hear bird song. The volume of voice is so loud it is overpowering at first, but dims and focuses as we fade from black.

Suburban wasteland. Broken fences mark the yards that once divided these plots. Most houses are two-story. Some have been heavily damaged by fire.

This community saw combat. Debris is strewn all about across yards and streets. We see tools and improvised weapons laying where they fell. Most of the bodies have been removed, but camera lingers on a few bones poking from the long grass.

BLYTHE is on the front porch, smoking a cigarette. He sits in an Adirondack chair. SPIDER enters from inside the house. Her hair is noticeably different than when we saw her last.

BLYTHE: It’s his breathing. Should have let me finish him.

SPIDER: I want it to last. I knew he couldn’t be gone, not after the fingers. You sure woke him up though, didn’t you? (Chuckles) Must be that other lung works great. He’s turning color around the hole.

BLYTHE: You’re sick, keeping him like that. Poking him. Inspecting him.

BLYTHE: And he ain’t neither.

SPIDER: What’s that supposed to mean?

BLYTHE: Nothing. Nothing, just sit down.

SPIDER: You think I chose to let him do those things?

BLYTHE: I’m saying you’re torturing a man for what you think he was going to do. Not right. Not right to torture a man.

BLYTHE: I’m going to kill him and be done with it. I’m leaving for the Castle tonight. Turner wants every axe.

SPIDER: We can grow potatoes and corn in the field. We'll pick another house, a few streets away. The bikers won’t find us.

BLYTHE: You don’t want to stay here, they will be around tonight.

BLYTHE: I’m killing this guy and being done with it.

SPIDER: He needs to suffer!

Closeup of BLYTHE looking into the distance.

BLYTHE: We waited too long.

MAX sits against the pole, but he is not tied. His eyes are closed, but his mouth hangs open, breathing raspy breaths.

BLYTHE enters, tense, amping himself up for the kill.

SPIDER: (Agitated) You can’t kill him, he's mine.

BLYTHE raises the axe, she fights with him.

OS, the front door is kicked in. SPIDER releases BLYTHE.

BLYTHE goes to the door, axe ready. TIP, RANGO, and SMITTY shove their way in. They are giant bikers with leather clothing and long, greasy hair. TIP wears a different shirt than his last scene.

SMITTY: There she is! And you found Max too. He don’t look so good.

SPIDER lurches into SMITTY, wrapping her arms around him and biting his face.